Joel Gazis-Sax received his degree in anthropology from Pomona College in 1980. He has attended Duke University, the University of North Carolina, and the University of California Extension in San Francisco. His travels have taken him to Greece, Mexico, Canada (OK, just Campobello Island), Italy, France, Croatia, Serbia, Slovenia, Hungary, and Makedonia. His next trek is a visit to Senegal.

He has been on the InterNet since 1988, at first assisting the Institute for Global Communications with their Middle East and religious outreach. He established the IGC Balkans desk. In 1992, he traveled to former Yugoslavia to help set up networks and to use the InterNet to report back about what he saw first hand.

Mr. Gazis-Sax has lectured about his experiences in former Yugoslavia and the InterNet at institutions such as State University of New York Buffalo, California State University Humboldt, Saint Bonaventure College, and Dartmouth College. His photographs and writings have been published in various magazines and been widely distributed on the InterNet.

Since his return from former Yugoslavia, he has been working independently to develop effective ways to use the InterNet for creative and professional communication. This blog, Pax Nortona, was named one of the Best Bipolar Disorder Blogs for 2009 by Psychcentral.com, and other honors. He has assisted the National Park Service on its Alcatraz National Park Service web page, supplying both text and photographs for the project. His tweetbot “Bipolar_Blogs” is a popular and informative resource for sufferers of manic depression on Twitter.

Since moving to Southern California, Mr. Sax has become active in the Depressive and Bipolar Support Alliance. Articles of his have appeared in the OC Weekly.

He lives with his wife Lynn in Trabuco Canyon, California. They have been married since 1988. A cat named Boadicea and a Boston Terrier named Drake round out their family. 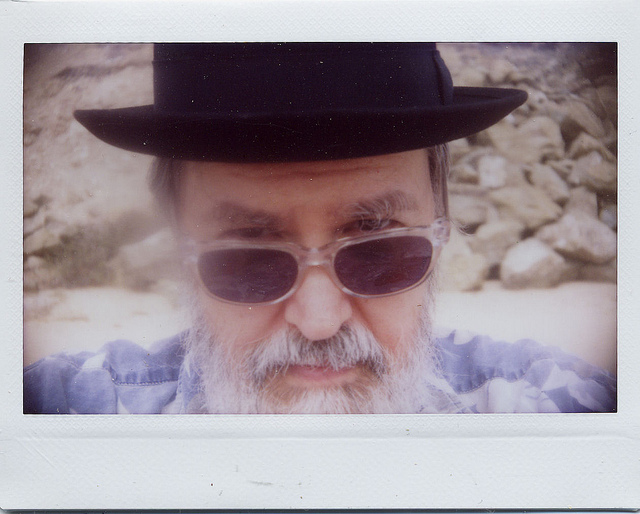